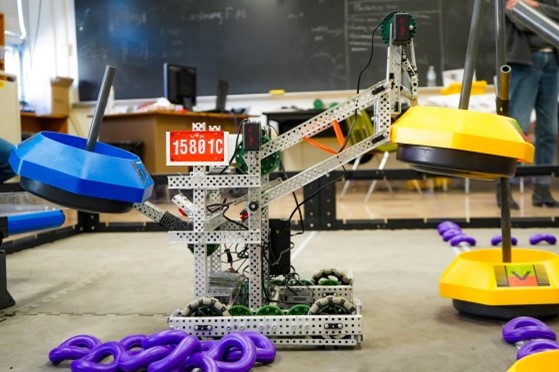 Next step for these teams and their robots…. VEX World Championship to be held in Dallas, Texas in May 2022.

The saying the “apple doesn’t fall far from the tree” is very appropriate as Jack and Sean Stringer are the sons of Atlas Pressed Metals Director of Innovation, Dr. Craig Stringer.  Craig leads the Atlas Innovation Team which is focused on delivering enhanced service and solutions through value-added metallurgical knowledge directly to customers.

Developing future generations in technical innovation is part of the Atlas Innovation philosophy.

Pictured below are Atlas employees, Doug Pfingstler, Vice President, Diane Pfingstler, Account Analyst, and Dr. Craig Stringer providing a sponsorship check to the teams to help cover the cost of participating in the World Championship. 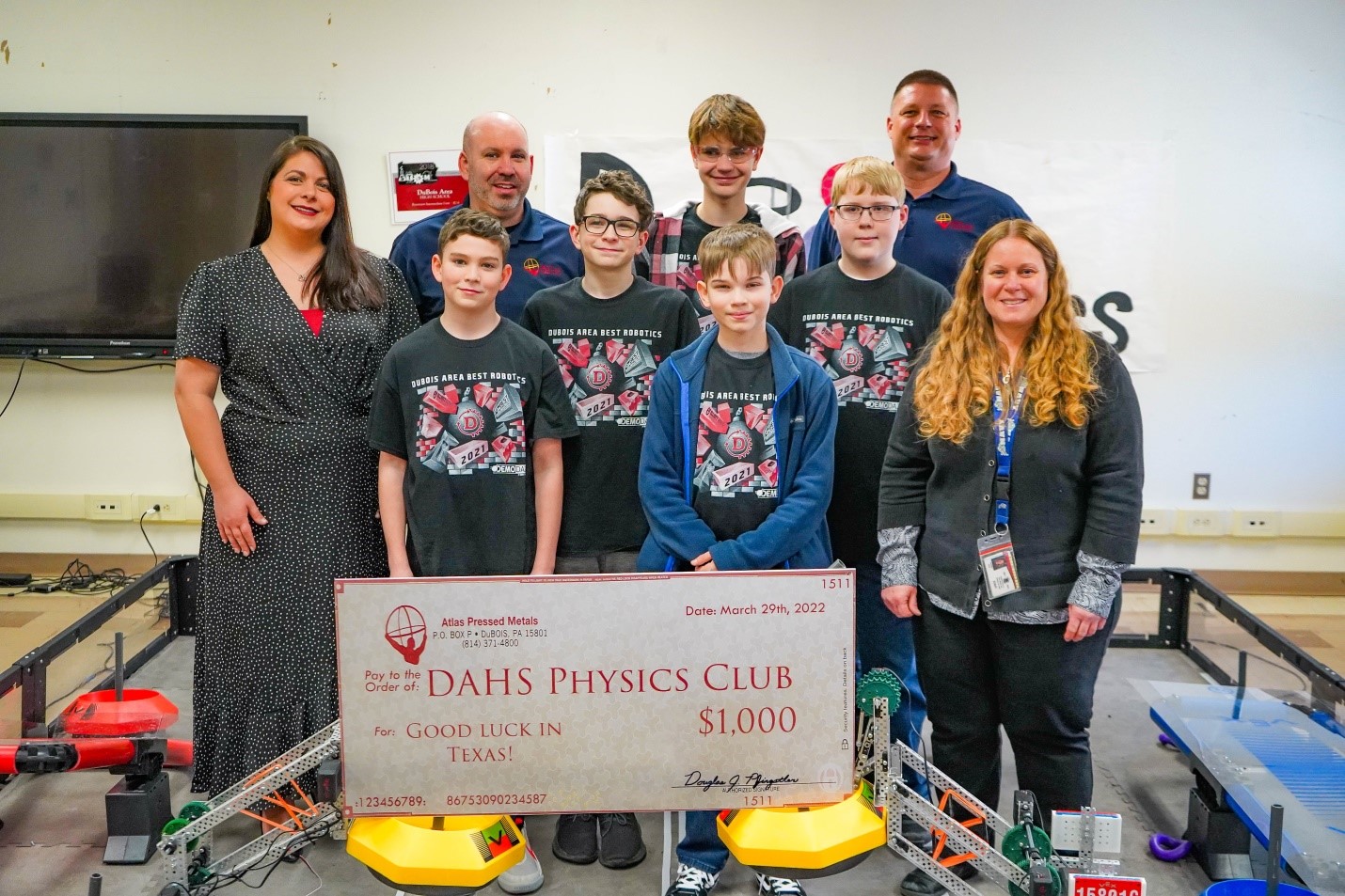 Congratulations to the DuBois Area Schools, the teams, all the volunteers who helped prepare the kids and their robots and to Ms. Jennifer Keith and Mr. Ken Evans, both teachers in the school district, who manage and mentor the teams.

VEX Robotics is a leading provider of educational and competitive robotics products to schools, universities and robotics teams around the world. The VEX Robotics competition strives to prepare students to become future innovators and increase interest in STEM (Science, Technology, Engineering and Mathematics) subject areas.

Atlas Pressed Metals is a family-owned business with more than 40 years of experience providing a wide range of engineered powdered metal products and services to customers in demanding markets.  We specialize in the design and production of high-performance structural components, gears and bearings using ferrous, soft magnetics and bronze materials.  Our services include engineering and design, manufacturing, metallurgical research and development as well as lab analysis, in house tooling and secondary operations.