Additive manufacturing, which is exemplified by 3D printing, is among the hottest topics in the worlds of engineers, enterprises and consumers. Both governments and companies are spending on the new technology as they try to assess its potential for innovation, Manufacturing Engineering Magazine reported.

On the national scale, South Korea and Taiwan recently revealed that they will be putting millions of dollars into additive manufacturing, while China has started a number of initiatives, including one that will cost $245 million during the course of several years. Singapore, on the other hand, has decided to allocate $400 million to develop advanced manufacturing methods. The U.S. Europe, Australia and South Africa are also joining the AM bandwagon by spending on projects that will build the technology.

Enterprises in the commercial field have also recognized the potential of AM for producing precision parts and other products, with several major companies investing in the manufacturing technique, the source indicated. Office Depot, Staples and UPS are among the brands to take to the technology, with 3D printing services already provided as an option at particular outlets.Adobe Systems, Autodesk and Microsoft have focused on the software side of coin, building programs that aim at bringing 3D printing capabilities to consumers with easy-to-use applications. Other businesses working with the innovative technology include Google and Hewlett-Packard. 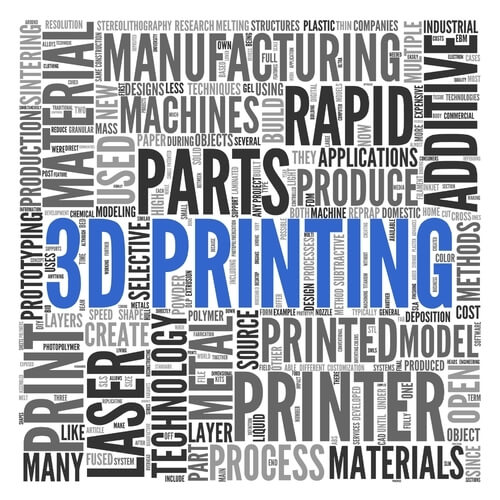 There remains a bit of haziness about the future of AM, but the technology has demonstrated significant growth in the past several years with a compound annual growth rate of 32.3 percent between 2011 and 2013, Wohlers Report 2014 revealed, according to Manufacturing Engineering Magazine. During the last 25 years, on the other hand, the CAGR has been a striking 27 percent. Moreover, global AM products earnings rose to $3.07 billion in 2013, a 34.9 percent increase over the previous year.

AM was a topic of discussion at the recent 2014 World Congress on Powder Metallurgy and Particulate Materials and the collocated Additive Manufacturing with Powder Metallurgy Conference, ThomasNet News reported. At the PM2014 event, Richard Pfingstler, president of the Metal Powder Industries Federation and CEO of Atlas Pressed Metals, remarked that AM is a business model that is about more than just developing prototypes. He also pointed to the research and development programs and captive operations that are using a portion of the estimated 100 to 200 metal printers in use throughout America.

There is a wide variety of target markets for AM, including metal components for cars, molds for injection molding, dental products and aerospace parts. This list provides only a sample of the many industries that AM is already affecting and is likely to impact in the future.

Manufacturing Engineering Magazine highlighted AM's role in the aerospace industry in particular, where Airbus, General Electric Aviation and Boeing have already begun or announced programs that use the new technology, according to ThomasNet News. GE Aviation for instance, will initiate the annual production of more than 30,000 LEAP engine fuel nozzles with AM in 2015. Boeing on the other hand, has been using AM-manufactured environmental control system ducting in both military and commercial aircraft for quite some time. Other companies increasing their AM efforts include NASA, Honeywell, the Aviation Industry Corporation of China, Pratt & Whitney, Rolls-Royce and MTU Aero Engines.

All in all, AM provides a lot of promise for the future as it spreads beyond mere prototyping functions to full-scale production. This expansion could have a significant impact on the PM industry, due to the use of sinter metals and powder in 3D printing and similar applications.