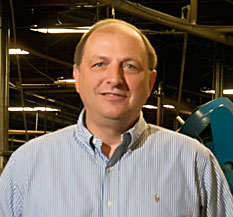 Indicators for the industry include annual powder shipment volumes and powdered metal (PM) processing equipment purchases, both of which grew in 2014 and on track for similar trends this year.  The PM sector of powder shipments increased by over 4% to 376,944 short tons last year. Equipment builders also enjoyed a good 2014, according to Pfingstler, reporting that PM parts fabricators are ordering new equipment for both capacity upgrades and improvement, including presses and furnaces, and are investing in robotics for manufacturing automation.

Difficulties presenting to the PM industry, Pfingstler said, include finding qualified employees, especially die setters and engineers. PM companies and the MPIF have been participating in university-level career fairs to increase awareness about the PM industry.

In the arena of innovation and new product development, there are numerous pursuits. Pfingstler noted a new generation of high-performance PM aluminum materials, the rise of additive manufacturing (AM) and lightweighting trends in the automotive industry as opportunities for PM to come to the table and potentially grow into new markets and applications.

“Without a doubt, additive manufacturing presents some very interesting opportunities as a new technology,” Pfingstler said. “There are currently three well-known commercial PM applications: titanium medical implant parts, cobalt-chrome dental copings, and cobalt-chrome aircraft engine nozzles made by GE. Rolls Royce is also testing a prototype from bearing housing made from a titanium-aluminum alloy for its Trent XWB-97 engines.”

The industry also innovates within its manufacturing process, with Pfingstler noting that the MPIF Technical Board is reviewing ways to reduce dimensional variability on PM parts, with the goal to improve dimensional tolerances by 50 percent.

Pfingstler also commented on the outlook for several notable end markets, including automotive. Benchmarking for US automakers lists average PM content for all vehicles at 45 pounds, with that average rising to between 55 and 60 pounds for light truck. These US figures are in marked contrast to the average European vehicle, which in 2014 contained an estimated 21 pounds of PM parts, he said.

In addition to the lightweighting trend, automotive is becoming more open to Metal Injection Molding (MIM)-designed parts for engines, electrical systems and chassis. The use of PM hot isostatic pressed (HIPed) products for the oil and gas market will increase, despite declines in oil drilling and fracking, he said.

“The last few years have been very good for the PM industry and for MPIF as it continues to do an outstanding job bringing industry leaders and practitioners together to support meaningful programs, projects and activities that help all our companies grow and prosper,” Pfingstler commented.