Rob Powell joined Atlas as a materials engineer in 2018.  “This is the position that I have been looking for since graduating from college,” says Rob Powell of his position with the Atlas Metallurgical Engineering team. In this capacity, Rob assists both customers and the Atlas manufacturing team to solve problems and optimize product development by combining his knowledge of process engineering and metallurgy.

After working as machinist/mechanic for his family’s engine business in Brookville, PA as well as another company as a mechanist in the Punxsutawney area, Rob decided to head back to school to earn his college degree in the engineering field.

Following the completion of his academic study, Rob worked as a coating, process and manufacturing engineer for local companies prior to joining Atlas Pressed Metals.

Rob, his wife of 16 years Kristi, a nurse manager at Penn Highlands, and their three children reside in Corsica, PA. They enjoy outdoor activities, wresting, football, dance, basketball, and softball. When they can, given their busy schedules, a week at the shore is a welcome vacation. 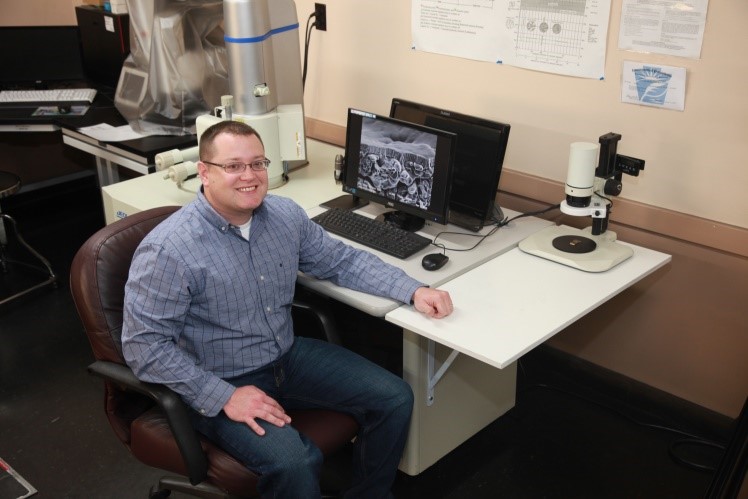 A native of DuBois, Kristen attended DuBois Area High School as well as spent her first two collegiate years at Penn State DuBois.  She then earned her Bachelor of Arts in History and Political Science from Penn State University Park campus.

Following a desire to develop a career in the public sector, Kristen spent two years in Alexandria, Virginia working with political and non-profit organizations.

However, the draw of her hometown pulled Kristen back to DuBois where she became the Executive Director of DuFAST Transit for 12 years. In this position, Kristen reported to a board of directors and managed the day-to-day operations of the municipal authority.

Very much believing in giving back, Kristen strongly supports the DuBois community by participating in, as well as accepting executive positions in many not-for-profit organizations. Kristen is a fifteen year member of the DuBois Rotary Club, which is a strong passion of hers. Other organizations that have benefited from Kristen’s participation include the DuBois Jaycees, Greater DuBois  Chamber of Commerce, and the DuBois Educational Foundation to name a few.

Today, Kristen teaches Continuing Education courses at the Penn State DuBois campus where she instructs on topics such as supervisory roles and responsibilities, effective communication and team building.  A notable team developed by Kristen is “Team Atlas.” This group of employees who have a passion for biking have participated in several bike races and hope to continue the friendly competition by participating in New York’s Five Boro Bike Event in May 2020.  The team’s ultimate goal is to create a bike night for local biking enthusiasts.

Kristen resides in DuBois with her husband Greg and their four-year old daughter Genevieve Grace (GiGi).  In addition to biking, Kristen enjoys traveling, reading, baking and most importantly spending time with family and friends.